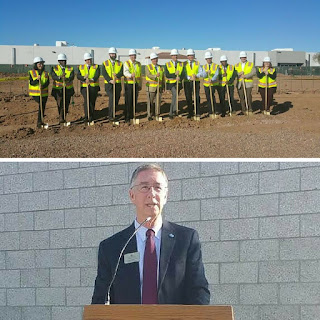 “CGCC is thrilled to help preserve the accomplishments of Gordon Cooper to engineering, science and to our country through Cooper Hall while drawing inspiration and motivation from Col. Cooper’s relentless pursuit of the next horizon,” remarked William Guerriero, Interim President CGCC.
Posted by Chandler Gilbert Community College at 5:43 PM