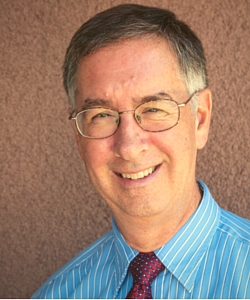 Dr. Bill Guerriero, who has been Vice President of Academic Affairs at Chandler-Gilbert Community
College since 2003, has been named the college’s interim president effective September 15. A national search for CGCC’s fourth president will take place during this academic year.

Dr.  Guerriero came to CGCC from Monroe County Community College, Monroe, Michigan, where he was the Vice President of Instruction. Dr. Guerriero's experience in higher education administration includes three years as Dean of the Business Division at that college, as well as a variety of senior executive positions during 16 years of service at Great Lakes Junior College (now part of Davenport University in Michigan).

Dr. Guerriero also has taught a variety of courses at the postsecondary level including Management, Business Communications, and Psychology. Dr. Guerriero earned an Ed.D. in Educational Leadership from Northern Arizona University and an M.S. in Administration from Central Michigan University.

“Dr. Guerrero’s extensive experience at CGCC will serve him well as he guides the institution during this transitional period,” said Maricopa Chancellor Rufus Glasper. 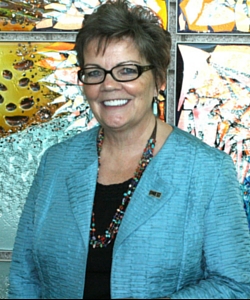 Former CGCC President Dr. Linda Lujan has been named Maricopa’s New Ventures Officer. She served as president of CGCC for six years. Her new position, dealing with the development of new ventures and strategic initiatives for the district, began Sept. 14.

Posted by Chandler Gilbert Community College at 9:00 AM