Celebrate Juneteenth with these books, documentaries, podcasts and more 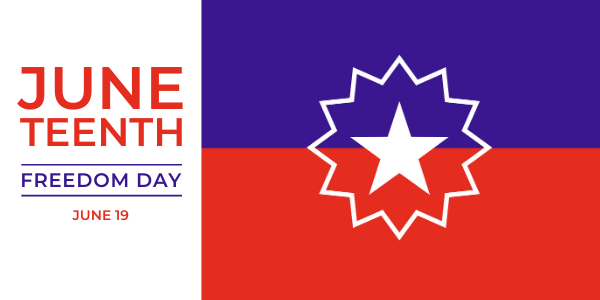 Today, we honor Juneteenth, the commemoration of June 19, 1865, when enslaved Blacks in Galveston, Texas, learned of the end of the Civil War nearly two and a half years after the Emancipation Proclamation was issued. Yes, that’s correct - nearly two and a half years later! To date, three states do not mark Juneteenth as a holiday - Hawaii, North Dakota and South Dakota. Change.org has petitions to push for Juneteenth to be recognized as a holiday in all 50 states. Learn more about the history of Juneteenth here.

In honor of Juneteenth, we have gathered a list of books, writings, podcasts and films that will help enrich our understanding of the struggle for equality and the fight against systemic racism. Systemic racism is a type of oppression that is embedded within the structure of society’s institutions, such as education, the criminal justice system, housing, media and the financial sector.

10 Children’s Books Celebrating Juneteenth is a list of books to share with elementary, middle and high school students.

How To be An Antiracist by Ibram X. Kendi

So You Want to Talk About Race   by Ijeoma Oluo

Thick: And Other Essays by Tressie McMillan Cottom

What Doesn't Kill You Makes You Blacker: A Memoir in Essays by Damon Young

Always in Season (PBS) - An exploration of the history of lynching in America that tracks the mob violence from its origins to the death of a teenager in 2014. (Not Rated)

I Am Not Your Negro (Kanopy) -  Features the unfinished writings of James Baldwin on racial inequalities. (Rated PG-13)

Race: The Power of Illusion  (RacePowerofIllusion.org) Older, three-part series on the construction of race and racist policies in the U.S. (Not Rated)

The House I Live In (PBS) - Criminal justice system and war on drugs. (Not Rated) 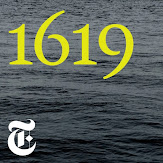 1619 Series - The New York Times examines the history of slavery and what this legacy has left behind.

Code Switch - Code Switch is National Public Radio’s podcast hosted by journalists of color that explores the issue of race.

Seeing White - “These are great lessons for those of us working to dismantle our ‘othering’  consciousness based on race, as well as conceptualizing whiteness from the inside out.”

Unlocking Us - Is best-selling author Brené Brown’s look at the ideas, stories, experiences, books, films, and music that reflect the universal experiences of being human.

Blackish (ABC) - A successful Black family lives in the white suburbs and examines how the members navigate  the space between Black and white culture, as well as the grey area in between.  This episode had a good explanation of Juneteenth. (Rated TV-PG)

Dear White People (Netflix)- “Based on the acclaimed film of the same name, this Netflix-original series follows a group of students of color at Winchester University, a predominantly white Ivy League college. The students are faced with a landscape of cultural bias, social injustice, misguided activism and slippery politics.” (Rated TV-MA)

Watchmen (HBO) - Based on the celebrated graphic novel by Alan Moore and Dave Gibbons, the  "Watchmen" takes place in Tulsa, Oklahoma, 34 years after the original story. After a white supremacist attack on the local police department, which leaves only two surviving cops on the beat, laws are passed that allow the cops to hide their identities behind masks. One of these cops, Angela Abar, adopts the identity of Sister Night and fights racists while dealing with the decades-long legacy of the vigilantes. (Rated TV-MA)

When They See Us (Netflix) - Fictionalized but based on a true story of the Central Park 5. (Rated TV-MA)

Talks to help you understand racism in America (Playlist)
From passionate pleas for reform to poetic turns of phrase, these talks take an honest look at everyday realities of Black Americans and illuminate the way forward.