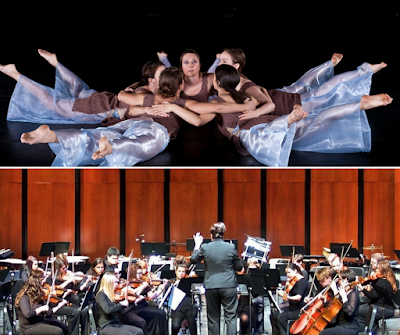 The theatrical season kicks-off with “The Brothers Grimm Spectaculathon” by Don Zolidis October 12-14. This 110-minute show features two narrators’ attempt to recreate all 209 Brothers Grimm fairy tales in a wild, fast-paced extravaganza. To make it more difficult, they attempt to combine them into one gigantic fable using Rapunzel, Rumpelstiltskin, Hansel and Gretel, Snow White, Sleeping Beauty, Cinderella and other more obscure stories like Lean Lisa and The Devil's Grandmother.

Also making its debut on the CGCC stage this fall is “Tribes” November 16-18. “Tribes” tells the story of a boy named Billy who was born deaf into a hearing family. He is raised inside its fiercely idiosyncratic and politically incorrect cocoon. He adapts brilliantly to his family's unconventional ways, but they never bother to return the favor. It's not until he meets Sylvia, a young woman on the brink of deafness, that he finally understands what it means to be understood.

“We are excited to bring a well-rounded repertoire of drama, comedy and musical acts to the stage this fall”, said Randy Wright, Division Chair for Communication and Fine Arts Director at CGCC. “We invite the public to come out and support the talent and hard work of our students and to learn more about our performing arts program by attending one or more of our shows.”

This year's Performing Arts lineup also features a variety of vocal and instrumental music concerts.  The Orchestra Concert on October 24 starts a week of music followed by the Band Concert on October 25 and the Fall Choral Concert on October 26.  Jazz Night, the very popular event featuring the CGCC Jazz Combo, Big Band and Vocal Jazz Ensemble will be happening on October 30. For something different, sit outside the amphitheater and join the Jazz Combo for some Midday Jazz at 11 am on October 18 and November 29.  For those of you who love guitar and percussion sounds, the Strum and Drum Concert on November 6 will be right for you.

If you’re looking for a night of fun and laughter, attend a Comedy Improv show. These free events feature the fresh and funny talents of student comedians looking to show off their skills September 22 and November 3. If comedy isn’t your thing, maybe dance is. See a variety of dance styles choreographed by creative dance faculty at the Faculty Choreographed Dance Showcase on November 17 and 18 or see the choreographic talents of students at the Student Dance Showcase on December 8 and 9.

Also in December is the Student Actors Showcase and Marimba Concert on December 8. On December 9, the CGCC Concert Choir is proud to be the featured choir with the Symphony of the Southwest Orchestra in a holiday celebration at the Mesa Arts Center Ikeda Theater. Closing out the fall season will be the Winter Sampler Music Concert on December 11. This is a great opportunity to enjoy sounds of the holidays by talented student groups followed by the Broadway Solo Recital on December 13.

All shows are open to the public and most are free.

For ticketed events, tickets can be purchased online or at the CGCC Box Office located on the Pecos Campus. The box office window opens one hour before show time. Attendees can purchase available tickets or pick up reserved tickets from Will Call. Student prices are offered to those with a valid student ID. Doors open a half hour prior to the performance. For additional information, further assistance or a complete calendar of events, please call the box office at 480-732-7343 or visit www.cgc.edu/arts.