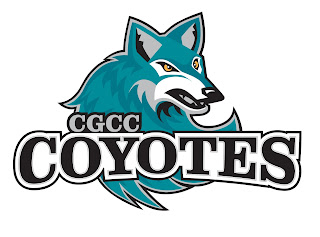 While these individuals are new to CGCC, they are veteran coaches who bring a combined decades of rich experience to the Coyotes Athletic Program. To help everyone “get to know” our new coaches, we will be profiling each one throughout the year starting with Coach Bryanne Norris.

"I could not be more excited to be joining Chandler-Gilbert Community College and for the opportunity to take the softball program to a new level,” said Norris. “I'm eager to bring a rich culture and stability to the program by challenging our student athletes to give their very best on the field and inside the classroom.”

In her seven years at GCU (2008-2015), Norris was responsible for the development of pitchers and catchers, administrative duties and recruiting. She helped lead the Antelopes to a championship season during their inaugural year at the Division-I level in 2014 with a record of 12-3 in the WAC Conference and 27-21 overall. Under the leadership of Coach Norris, several student-athletes received top awards for academic excellence and their performances on the softball team.

“I am very excited to have Coach Norris join the coaching staff at CGCC,” said Ed Yeager, CGCC Athletic Director. “We are fortunate to be able to hire a coach with her credentials.  She has been and is a winner on the field and in leading student athletes to success in the classroom.  She will challenge our young women to be successful and to expect good things to happen through their hard work.”

Coach Norris played collegiate softball for two years at Notre Dame de Namur (NDDM) in San Francisco where she received a bachelor’s degree in kinesiology. During her senior year at NDDM she held a batting average of almost .300 with three home runs, 30 RBI, 13 doubles and two triples. She spent her first two years at Paradise Valley Community College in Phoenix where was named the team's top defensive player as a catcher. She also holds a master’s degree in leadership from Grand Canyon University.

Posted by Chandler Gilbert Community College at 8:13 AM